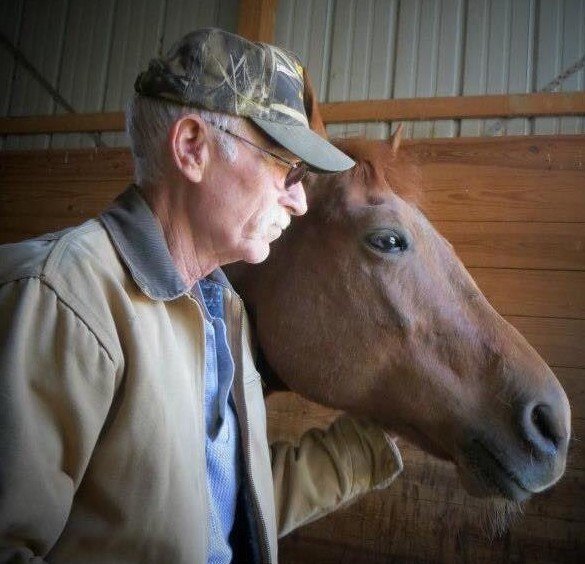 He married Janet L. Gotcher December of 1963 in Caseyville, IL.

Norman was preceded in death by his parents and sister Jessee Irene.

Norman retired from Monterey Coal Company in Carlinville as a foreman and had worked underground as a roof-bolter. He enjoyed trucking after retirement and had been employed by several companies, (Curry Ice and Coal, Lippold and Arnett and Family Farms) to name a few.

His passion was working outdoors with his horses. They gave him relaxation and pride. He treasured his time with family and enjoyed an occasional trip to the boat.

Norman took his membership with the Plainview Masonic Lodge #461 and Shriners seriously and was proud to have served with the Marines in Vietnam.

Funeral Services will be conducted at 10:00 am, Saturday, December 21, 2019 at Davis-Anderson Funeral Home.

Burial will follow in Prairie Lawn Cemetery where military rites will be held.

Memorials may be made to Shriner's Hospital.

Please visit www.davisandersonfuneralhome.com to leave condolences or light a candle in his memory.

Davis-Anderson Funeral Home, Carlinville is in charge of arrangements.

To send flowers to the family or plant a tree in memory of Norman Robertson Sr., please visit Tribute Store
Friday
20
December

Share Your Memory of
Norman
Upload Your Memory View All Memories
Be the first to upload a memory!
Share A Memory
Send Flowers