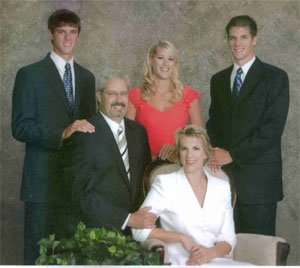 Brent Davis, Funeral Director, is a 3rd generation funeral director. Brent's grandfather and uncle were both funeral directors. Brent graduated from Southern Illinois University, Carbondale in 1979 with a B.S. degree in Mortuary Science.

Since he was seven years old, all Brent wanted to do was to become a funeral director. Brent would visit his grandparents every other week-end and would help them with the services they had at their funeral home. It was during those times that he understood the integral part a funeral director played in the lives of those he helped and he wanted to be able to help others, just like his grandfather did. Brent feels that the most important things his grandfather taught him was the value of respecting others and being honest in everything you do.

Brent serves as a director on the board for the Mortuary Science and Funeral Service Program at the Southern Illinois University of Carbondale.

Brent is a certified grief counselor through the 'Resolve Through Sharing Program' that helps individuals with infant loss.

Brent has been married to his wife, Jean, for 28 years. They have three children, Marcus, Emily and Greg. 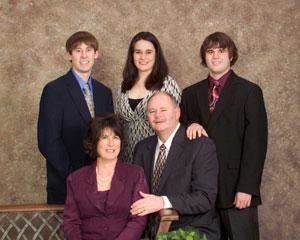 Bob Anderson, Funeral Director, is a 3rd generation funeral director and the 11th licensee in his family. He shares that honor with his grandparents, parents, some great uncles and some cousins. Bob graduated from Southern Illinois University, Carbondale in 1980 with a B.S. degree in Mortuary Science.

Prior to his partnership with Brent Davis, Bob owned the Wiese-Anderson Funeral Home which had been a family-owned funeral home since 1933. The businesses merged in 1988.

Bob feels that although many in society have changed the way they treat others, in order to respect the ideals his grandparents and parents instilled in him, he still needs to maintain the "old attitude" of caring for people. He feels that genuine caring for others, sincerity, and honesty are necessary values to apply in your life. He feels that helping others never goes out of style.

Bob is the Past-President of District 15 of the Illinois Funeral Directors Association (IFDA). He has served this district also as vice-president and secretary/treasurer. He is an accredited Bereavement Counselor.

Bob is married to Shari, a second grade teacher at Carlinville Primary School. They have three children, Kristy, Jon and Alex.