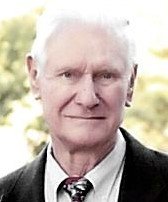 Kurt L. Denzel, 78, of Carlinville, passed away Wednesday morning, October 2, 2019 at his residence in Carlinville, IL.

Kurt was born on September 7, 1941 to Ludwig and Karolina (Schneider) Denzel in Waukegan, IL. He graduated from Libertyville High School and completed his Bachelor's Degree from Greenville College. Kurt served in the United States Army as a Drill Instructor during the Vietnam War. On December 28, 1980, he married Diana Range in Carlinville, IL.

Kurt worked as a Civil Engineer for S M Wilson in Granite City, IL. After his time with S M Wilson, he chose to move out on his own, starting CANCO General Contracting. Kurt retired in 2005. He enjoyed fishing, football, traveling, and playing Lego's with his great grandson. Kurt was a member of Zion Lutheran Church, Carlinville Elks Lodge, Carlinville Moose Club, Masonic Lodge, as well as the Shriner's Club.

Kurt was preceded in death by his parents and a grandson, Jaxon Greer.

Graveside services will be held on Thursday, October 10, 2019, at 10:30 am in Bethel Ridge Cemetery, Carlinville, IL, with Rev. Tim Wilcoxen officiating.