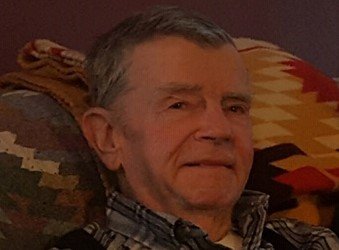 Bernard was born December 19, 1930, in Carlinville, IL, a son of Henry B. and Mary Frances Ward Hoelting

Bernard graduated from Carlinville High School with the class of 1948

In the winter of 1951 he joined the United States Navy and proudly served his country during the Korean War. While in the Navy, he was educated about radio's and their functions. This served him well for his lifetime career.

February 23, 1957 he married Rose Mary Keller in Farmersville and they were married for 59 years. Rose passed away in the spring of 2016. Bernard was a Technical Engineer for Channel 20 in Springfield for several years.

The Hoeltings later moved to Chicago where Bernard retired in 2007 as the Chief Engineer for Weigel Broad Casting "Channel 26". He enjoyed rehabbing homes, woodworking and gardening. Bernard was Past President of the town board of Farmersville and served on the board for several years.

He was a member of Ss Mary and Joseph Catholic Church in Carlinville and the Knights of Columbus.

Bernard was preceded in death by his parents, wife and sister, Lu Ann Leefers.

Mass of Christian Burial will be conducted at 10:00 am, Friday,December 28, 2018 at Ss Mary and Joseph Catholic Church with Rev Michael Haag, Celebrant.

Memorials may be made to Ss Mary and Joseph Catholic Church, Building Fund.

Share Your Memory of
Henry
Upload Your Memory View All Memories
Be the first to upload a memory!
Share A Memory
Plant a Tree