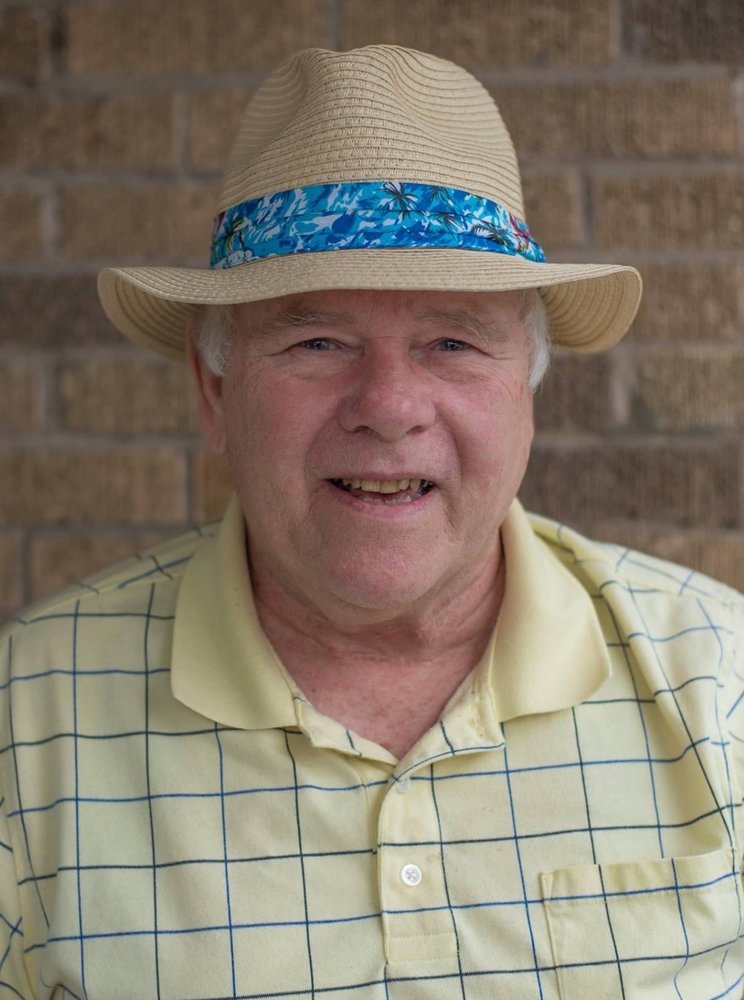 Daryll Lynn Allen 09-16-1948 - 10-15-2020 Artist, blacksmith, horseshoe pitcher, veteran, comedic conversationalist and all-around outstanding human being, Daryll Lynn Allen died Thursday, Oct. 15, at 6:25 p.m. after sustaining injuries during a hit-and-run, head-on car accident earlier in the week. Whether you called him “Sam Straight Arrow,” “Duke,” “Uncle Daryll,” “Dad,” “Brother” or “Other Brother Daryll,” if you knew him, he called you a friend. Born in Alton, Illinois, on Sept. 16, 1948, to William C. "Dub" Allen, Jr., and Virginia “Jean” Mae Allen, of Bunker Hill, Illinois, Daryll almost didn’t make into the world. While still in Jean’s belly, he was buried under the rubble of his home in the 1948 Bunker Hill Tornado, which claimed the life of his only older sibling, baby Jackie. Thankfully, Jean and Daryll were rescued, and he went on to live a wonderful life full of laughter and love, with his siblings who followed. A Bunker Hill High School graduate, Daryll was drafted into the Vietnam War on Jan. 16, 1969. He soon joined the 101 Airborne Division Screaming Eagles. During the last day of the Battle of Hamburger Hill, on May 20, 1969, Daryll was shot in the neck during combat. He was three-quarters the way up the hill before he was wounded. His war buddy Edward “Ed” J. Henry created the famous Hamburger Hill sign. Ed lost his legs during his next battle, and he and Daryll became life-long friends. Daryll was awarded the Bronze Star Medal, Purple Heart, National Service Medal, Vietnam Campaign Medal, Vietnam Service Medal, and the Combat Infantryman Badge (Expert Rifle) for his service during the war. Daryll married Deborah “Debbie” Lee White on June 29, 1973, in Bunker Hill. The couple welcomed Luke William Allen into their lives on May 17, 1976, and Holly Lynn Allen, on June 5, 1979. The family moved from Bunker Hill to Plainview, where Daryll and Debbie lived together for more than 40 years. During this time, Daryll worked as pipefitter, welder and member of the fire brigade at the Clark Oil Refinery. He went on work at Alton Steel as a maintenance man before retiring in 2010. A member of the Illinois Valley Blacksmith Association, Daryll was a regular every Wednesday in the Blacksmith Shop at the Macoupin County Historical Society, where he taught many friends and family members the tricks of the trade. He was a skillful blacksmith and imaginative artist. He had a giant railroad spike sculpture installed in Springfield, Missouri, at the Frisco Trainline. His metal sculpture “Functional Relativity” was featured in a juried St. Louis Artist Guild art exhibit in the early 1990s. He also created a millennium torch sculpture for use during First Night at Lewis and Clark Community College on New Year’s Eve 1999. He enjoyed painting, as well. An award-winning horseshoe pitcher, Daryll was a member of the Illinois State Horseshoe Pitching Association. He competed locally and at the state and national levels. He brought home multiple first and second place trophies for single and double competitions. He loved playing horseshoes with his children and grandsons, Jordan Jones and Keenan Mount. Daryll loved talking, coffee, car racing and music. He was a big fan of John Prine, the Amazon River Boys, Bob Dylan and Gina Briskovich. He enjoyed watching NASCAR and World of Outlaws racing. He also loved collecting free things off the side of the road. Before you throw anything away, please think about whether or not it can be reused, reproposed or recycled. This would be a great way to honor Daryll’s memory. Donations can also be made to the Illinois Valley Blacksmith Association, Macoupin County Historical Society and/or the Bunker Hill American Legion in his honor. Daryll is survived by his wife, two children and two grandchildren; three sisters, Roxann Parker of Ironton, Missouri, Lonna Kahl of Bunker Hill, Illinois, and Marina Allen of St. Louis, Missouri; and two brothers, Jeffrey Allen of Arlington, Kentucky, and William “Dubbie” Allen III, of Bunker Hill, Illinois. He is also survived by numerous nieces and nephews, and a ton of friends. He loved them all dearly. Public memorial services will be held next spring when it is safe and warm enough to gather outside. To sign guest book, leave a condolence, or light a candle in memory of Daryll please go to www.davisandersonfuneralhome.com Davis-Anderson Funeral Home in Carlinville is in charge of arrangements.
To plant a tree in memory of Daryll Allen, please visit Tribute Store
Services for Daryll Allen
There are no events scheduled. You can still show your support by planting a tree in memory of Daryll Allen.
Visit the Tribute Store
Plant a Tree
Print
Share A Memory
Plant a Tree