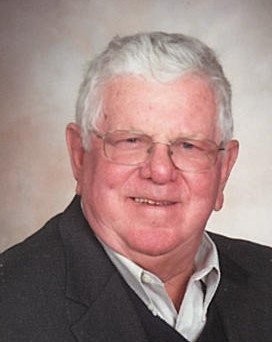 Bill was born on May 9, 1931 to Leonard and Eula (Smith) Prose in Morrisonville, IL. He graduated from Girard High School with the class of 1949 and served in the United States Marines during the Korean Conflict from 1952 to 1954. Bill married Anna Mae Anderson on July 19, 1953 in Virden and she preceded him in death on April 20, 1996. Bill later married Barbara Jean (Jennings) Nichelson on September 4, 1998 and she preceded him in death on October 3, 2017.

Bill farmed in the Girard area for over 65 years. He was a member of Girard United Methodist Church for more than 50 years and a life long member of Oak Leaf Country Club. Bill was also a member of the Macoupin County Farm Bureau, as well as the Sunset Lake Boat and Ski Club, where he was an original member. He was a member of the 1949 Girard Basketball team and enjoyed playing in recreational leagues both in basketball and softball in the 1950's and 1960's.

Memorials are suggested to the Girard Fire and Rescue Squad or Girard Alumni Association.

Davis-Anderson Funeral Home, Girard is in charge of arrangements.